A global and ethical sector 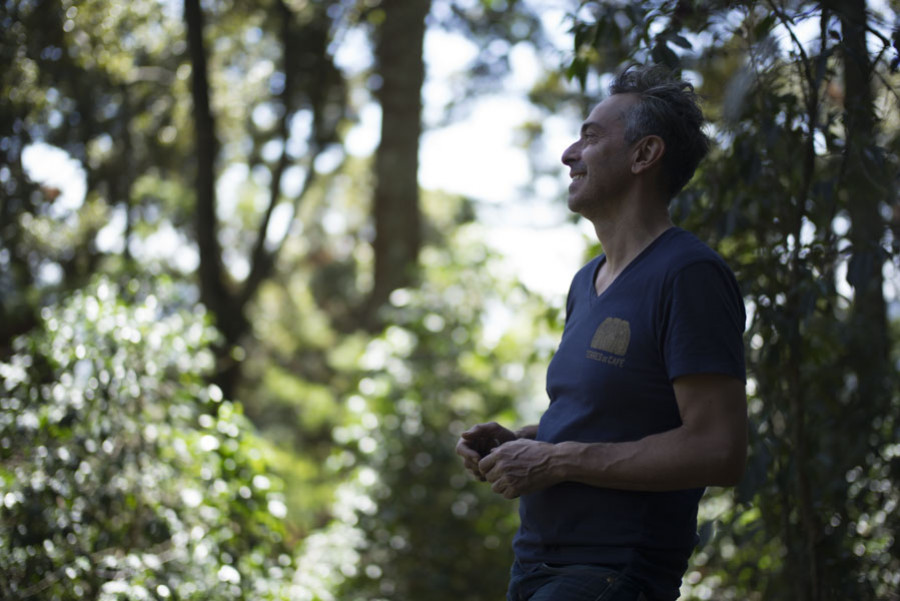 The speciality coffee sector differs from the classic sector for two main reasons: the value of the coffee is based on its intrinsic quality; the interests of the producers, the importers and the roasters are convergent. With the emergence of a rapidly growing niche market for wonderful coffees in consumer countries, growers' production objectives have changed over the course of the last ten years.

The small producers have realised that they earn a better living by prioritising quality rather than quantity. Furthermore, they are no longer at the mercy of the stock exchanges, as this "parallel market" is partially disconnected from them. For even the stock markets collapse, for speculative reasons.

As with some Bordeaux chateaux or certain Burgundy domains, the harvests from the best coffee farms are sold in advance, allocated by roaster. The producers selected their roaster customers based on their capacity to best add value to the raw material and to sell it at a fair price. In order to be able to travel to their customers' premises and to thus grasp how they work and better define their market, some farmers now integrate their travel expenses into the price of their coffees. For the subsequent harvests they can thus take into consideration the consumption habits in the concerned countries.

In my early days in the profession, when I was travelling to "source" coffees and to meet their producers, not a single one paid me a return visit to Paris. Nowadays Brazilians, Salvadorians, Colombians, Costa Ricans and Ethiopians are coming to see how we work. Others, such as the Croce family from Brazil, are veritable quality crusaders, and what guides them is respect for nature and for poeple, which in reality are one and the same. Having taken over the family farm, Fazenda Ambiental Fortaleza (FAF), Marcos divided the yields by ten, tweaked the processes and made the conversion to organic production. He and his son Felipe then set out to persuade the 200 surrounding small-scale farmers to do the same, in order to sell their coffee more easily, to stop polluting the rivers and soils, to practise polyculture with a view to consuming their own fruit and vegetable produce and get rid of the mass-produced tacos and Coca-Cola from their refrigerator. In short, to live more healthily, to be independent and proud of their profession. Today FAF is a type of terroir cooperative that endeavours to sell the production from hundreds of micro-producers at the best possible price, and it works. I witnessed them tell me of their conversion, of such a rebirth, with tears in their eyes, and explain to me that the most important thing is the rediscovered self-esteem.

Others, such as the Granja La Esperanza in Columbia or the Finca La Bolsa incorporate a school for the pickers' children and also provide them with accommodation. This positive economy is also beginning to impact the poorest people, that is, the pickers who are selling their services to the various producers. As we have seen, the quality of the harvest, with the maximum possible number of red berries, is crucial in determining the final quality.

They are receiving increasing training on quality picking, and are no longer paid by the quantity harvested, but rather by day, with incentives for quality. Alongside producing the best Geishas in the world, Jamison Savage, creator of the Finca Deborah in Panama - a real competition-winning machine - builds houses, implements polyculture and food growing to help local workers settle on his farm, and he pays them an annual wage with incentives awarded for quality. However, we mustn't delude ourselves - in producing countries the added value of speciality coffee goes primarily to the planter and his family, and also to his permanent employees, that's a given! Those at the bottom of the ladder remain poor and this is why coffee, in spite of all of the work and labour required, remains cheap all things considered. However, the quality of life in producing countries is slowly increasing, and demand is growing. Generally speaking, coffee can only go up in price, and that is fair.